Here is my first post, hope you will enjoy this.

This post is about passing values to variables in packages/scenarios and see how the variables behave, the value stays the same in declare step and changes in refresh step and you can override the value during execution.

We need static values during ETL window. Also you can rerun packages and be certain that the sub packages take the same correct variable values. ETL date can be a good example for static. Dynamic values are needed when you have a task changing daily and takes recent value such as exchange rates. Dynamic values can be calculated at run time for example looping through a list.

When we execute the MAIN package, we can see the steps:

To see how the variable changes before and after the scenario execution , we wil look variable values from repository tables in total as below: 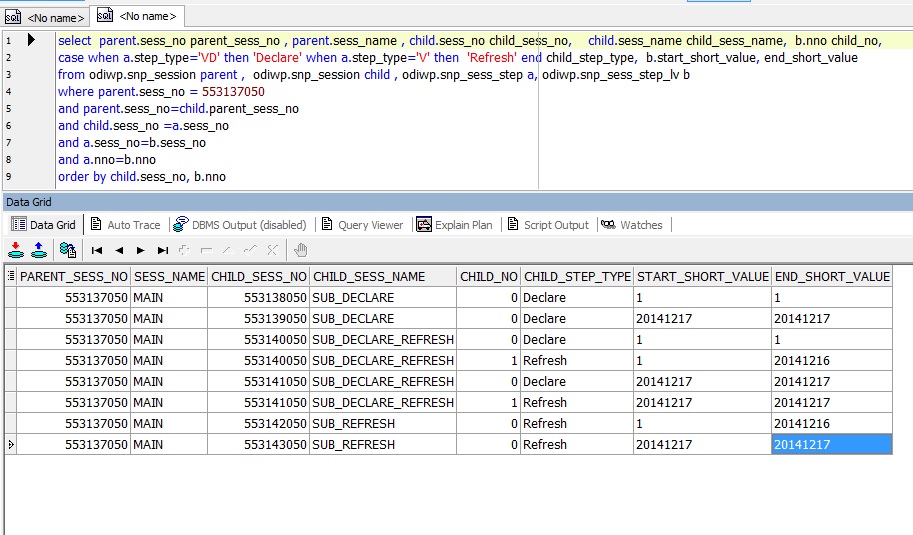